Home→Armed Forces Day→Armed Forces Day…
Today is Armed Forces Day- The third Saturday in May…
This is President Reagan’s speech on Armed Forces Day in 1982. He says it MUCH better than I can.
To all those who are serving today, and those who have served- SALUTE!
One of the oldest truths in the world is that nothing worth having is cheap. And many times, the greater the good, the higher its cost. Keeping America free has cost us dearly over the centuries. Since 1776 we as a nation have lost thousands of lives and suffered thousands of injuries to guarantee our freedom.

Preserving the peace also requires the daily toil of millions of men and women who, without fanfare and glory, serve to protect our freedom and security. The men and women in our armed services are our final protection against those who wish us ill. The soldier, the sailor, the airman, and the marine in the United States and around the world are the ultimate guardians of our freedom to say what we think, go where we will, choose who we want for our leaders, and pray as we wish.

It is sad that these rights, which should belong to all people, are not fully enjoyed by most of the human family. It is sadder still that some in the world view such freedom as a threat to their right to rule over their fellow citizens, and so long as that’s true, we can’t afford to take our freedom for granted. It cannot survive without protection. And for their role in protecting our freedoms, we honor the members of our volunteer Armed Forces today.

Their jobs are difficult, requiring judgment, technical know-how, endurance, and in many cases exposure to danger. We ask them to put in long hours under trying conditions. Many serve far from their homes and families, prepared, if need be, to make the ultimate sacrifice for our nation. In short, they give us their all.

So, I would like to thank them today: the Army tank crew member in Germany or Korea, responsible for maintaining a 55-ton machine so that it’s ready at a moment’s notice; the sailor in the Indian Ocean who’s been away from home for 4 months and is working 18 hours a day in a hot engine room or carrying chocks for returning aircraft; the Air Force security policeman guarding our nuclear alert aircraft in the Texas heat or the North Dakota winter; the Marine squad leader on Okinawa working with his men to provide the most efficient combat team in the world. All these people and the rest of their comrades in arms we thank today. 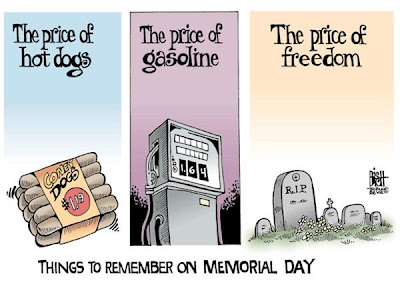